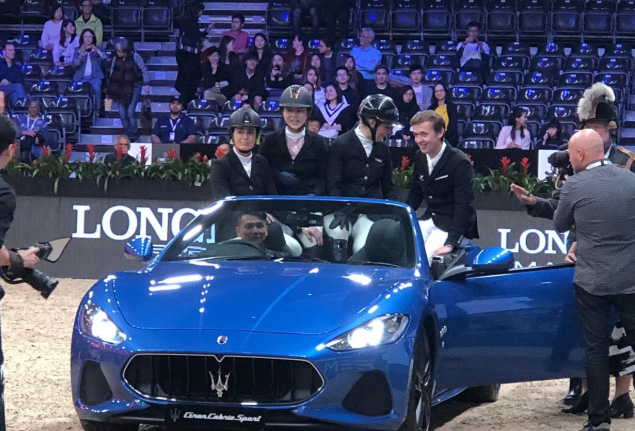 Rising Chinese star Ella Wang Yunjing summed up the mood in the main arena as the final fence was set at a staggering 2.02m for the final round of the Masters Power Maserati Trophy.

In the end, the Masters Power Maserati Trophy prize was split four ways – as that 2.02m proved one leap too far – but all those who made it through four thrilling rounds left with their heads held high.

The spoils were shared between Wang on Aken Utopia, Laura Renwick on Top Dollar VI, Pilar Lucrecia Cordon on Trix Trax and Bertram Allen on Izzy by Picobello.

Grand Cru back on tracks!